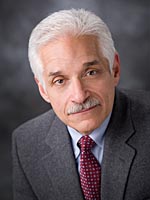 Michael Santiago has over 42 years of aviation experience. He began his career as a pilot in the United States Army. After serving in the Army, Michael went on to contribute his “know how” to the corporate and private aviation community. Michael Santiago served as the Flight Department Manager for a Fortune 500 company and is a graduate of the USC Accident Investigation School.

During his career, Michael accumulated over 18,000 hours of flight time and holds 22 aircraft type ratings. In addition, Michael Santiago has managed a wide range of aircraft with vast worldwide operational experience. Chris HenryChief Financial Officer
Chris is CFO of Polaris Aviation Solutions. Chris has over 35 years of experience in corporate management having served in almost every senior role in a modern corporation. His broad understanding of business operations, strategy and systems was developed through hands on experience in roles as diverse as Director of Strategic Planning, GM, MD, CIO, CFO and CEO, including both with domestic and international assignments. Under Chris’ guidance Polaris has developed financial reporting, budgeting and forecasting systems that set the standard for the business aviation industry. His broad experience across a range of industries allows Chris to communicate effectively with the financial teams of all types of aviation clients and to quickly and efficiently tailor a financial reporting and budget program tailored to their needs.

You can trust Polaris Aviation because safety, integrity, client respect, and confidentiality aren't just words — they’re a commitment we make to you. 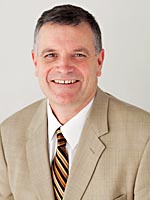 Chris began his aviation career in the U.S. Navy where he was responsible for maintaining the electrical systems onboard carrier based fighter and reconnaissance aircraft. After serving in the Navy, Chris earned his AA in Aviation Maintenance from Spartan College of Technology also obtaining his airframe and power plant license from the FAA.

Chris also served in the Oklahoma and New York Air National Guard maintaining autopilot systems on both attack and heavy lift aircraft. Chris later joined the staff of a Fortune 500 corporate flight department, spending the next 23 years advancing from floor technician, to flight engineer, and then into management.

Chris is a graduate of the UVA Darden School of Business leadership program and the NBAA CAM management program. He is also an FAA certified IA. 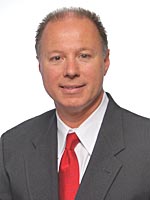 Kenny FullerDirector of Operations Part 91 - 135
Kenny Fuller is Director of Operations for our Part 91 and Part 135 programs, as well as a PAS International Captain. Kenny has over 29 years of experience in the aviation industry; he started his career as an A&P mechanic in the military, and later became a pilot in corporate aviation. Kenny has over 5000 hours of flight time and 5 type class ratings. He has served Polaris in the positions of Chief Pilot and Director of Training. Kenny has played a major part in the development of Polaris into the unique operator of business and airliner aircraft it is today.

Like our founder, Kenny has a military background, so it’s not surprising that when Kenny and Mike met more than 20 years ago they hit it off instantly. Kenny was willing to take a leap of faith and come to Polaris when it was a fledgling startup and has been a key member of the team ever since. 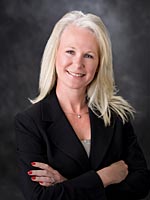 As the Director of Administration, JoAnne oversees all administrative functions within Polaris Aviation Solutions while balancing her dual role as customer relations manager and senior client liaison.

JoAnne is very active within her community. She has served on the board of directors for the National Ruritan Club, and has chaired various charity and fund raising events. 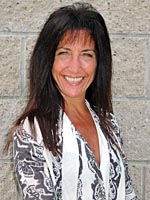 Janice brings to the table her extensive knowledge and professional expertise, while providing our clientele with World Class Service.

She holds an FAA Dispatcher license and has earned several Aviation Safety Awards. 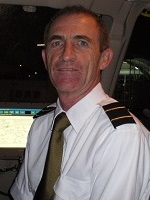 Bill BergenDirector of Maintenance Part 125
Bill Bergen is the Director of Maintenance for our Part 125 program. Bill joined Polaris Aviation shortly after we acquired our first Boeing 767 and has been caring for our big birds ever since. Bill began his aviation career in the Army as a helicopter repair Crew Chief. He transitioned to work on civilian helicopters at Teterboro airport and quickly found himself caring for a range of fixed wing business aircraft as well. Bill went on to head up the aircraft maintenance programs for several large pharmaceutical companies before coming to Polaris. In these roles Bill developed a great set of skills for working with the FAA, expertise which we continue to find invaluable. 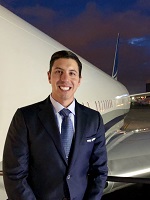 Will BalmLead Flight Attendant
Energetic and driven, Will F. Balm was born in Argentina but raised in Italy and the USA. With a hospitality background and experience having worked at high-end hotels as well as serving for many years as Butler, Travel Valet, and Estate Manager for ultra-net worth families atop the Forbes 50 list, this exposure gave Will a special eye for luxury, detail and an unparalleled understanding of service.

He completed a sommelier training at the French Culinary Institute of New York and made several internships at renowned Hotels. Graduated from Flight Safety Academy as a commercial pilot, Will decided to pursue his quest for service of excellence in the aviation industry.

Will shares with his team, the sense of detail, turning guest’s moment into memories. Working at Polaris Aviation as the Lead to inspire and elevate the elite flight attendant team of professionals providing the most luxurious and authentic service in the industry.